Community Partner: Hair-Salons and homes in the Grangegorman area 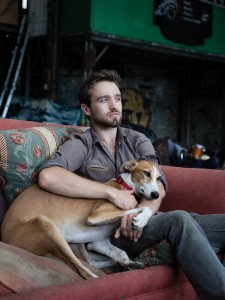 Home on The Grange is exploring aspects of the built environment by focusing on the one thing we  have in common –  the need for a place to make home. It will evolve through three stages.

Led by architect/curator Emmett Scanlon, photographer Aisling McCoy and made in collaboration with graphic designer Paul Guinan, Home On The Grange is a community-based public art project that aims to harness our latent but often unacknowledged creativity in homemaking. Even in seemingly identical houses, people occupy, use and creatively appropriate the places they inhabit with an often modest but typically sophisticated enthusiasm and they do this over time and on a daily basis. Working in collaboration with a number of local inhabitant-participants  to document, discuss and present how they each make home, the Home On The Grange project thus aims to reveal aspects of the diverse individual and collective identities of people in the Grangegorman neighbourhood.

Home On The Grange is developing on the ground and in stages in order to involve, include and engage with people making their homes in the Grangegorman neighbourhood. To begin, three newspapers are being issued by the Home on the Grange team.  Issue 1 was released in September 2016 and Issue 2 and 3 are in production. These papers will contain stories  of living and making a home in this part of Dublin city, using new drawings, photographs, writing, and interviews. The first issue invited further contributions from people living in this neighbourhood to be included in subsequent issues.

The artists have been using using the network of hair salons and barbers in the neighbourhood and working with some of the business owners to distribute the newspapers. “As we have walked the neighbourhood and visited the salons and barber shops, we have found the response on the ground to be warm and enthusiastic and we are really excited about hearing, telling and sharing stories with the individuals who use these hair-rooms, rooms which in many cases are like informal community hubs for the people living in this neighbourhood.”

The project will then move from the hair-rooms to homes full of heir-looms. Speaking about this transition, the team note:  “We wish to collaborate with inhabitant-participants to deepen the discussions on how people occupy and use their own homes. Their stories will be recorded and documented, their knowledge of home making honoured and recognised, affording them real agency and collaboration in the project. The work that is produced will be displayed, shared and returned to the Grangegorman neighbourhood, deepening our collective knowledge and experience of the creative processes that occur as we make home.” 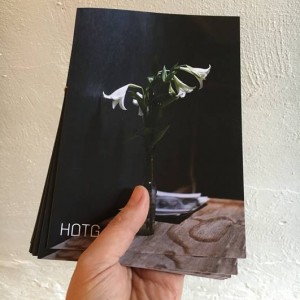 The first part of sharing and returning such stories to the community was in a concert held in October 2016. Songs About Home was an evening of words, songs and stories emerging from the ongoing project, read and presented by musicians and artists from the area to a packed-house in St. Laurence’s Church on the Grangegorman campus.

Read the press release on Home on the Grange here.

View the invite leaflet for the Songs About Home event for Open House Dublin 2016 here.